This blog tries to tie together all the different strands of my work, such as digital design research, architecture, urbanism, art, teaching and writing, into one more or less comprehensive digital archive, that allows for sorting, browsing and cross-referencing. no more, no less.

Robert studied architecture in Vienna and Paris and received a M.Sc in architecture from the Technical University Vienna before completing his M.Arch II with distinction at London’s AA Graduate School Design Research Lab (AADRL).

Since 2000 he has been researching on responsive architecture, parametric urbanism, algorithmic design, and contemporary digital design practice. His research and projects have been published and exhibited internationally, most notably at Latent Utopias (Graz, 2002) and the Beijing Biennal (Beijing, 2004), and been awarded numerous prizes, among them the Bronze Medal at the Miami Bienal 2003. He has been shortlisted for the German Architektur Internet Preis twice and received one honorable mention.

After working with Will Alsop, ocean_uk and Zaha Hadid Architects in London and Vienna, he co-founded his practice unsquare.org. He is partner and design director at hoppe architekten, currently working in Vienna where he tries to bring together academia, design research and professional practice.

Having been awarded a €350.000 PEEK research grant from the Austrian FFW, he is currently coordinating a research group on Agent Based Parametric Semiology and is a PhD candidate at the University of Applied Arts in Vienna.

Robert R. Neumayr is member of the Chamber of Austrian Architects and Civil Engineers, licensed to practice as an architect in Austria and within the EEC and Switzerland. 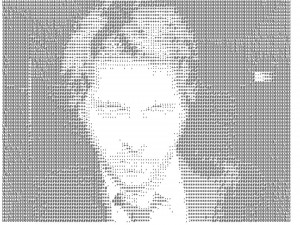